By nature, human beings are social creatures. The connection to others enables us to survive and thrive. Yet, as we get older, many are alone more often, and this leaves them vulnerable to social isolation […]

By nature, human beings are social creatures. The connection to others enables us to survive and thrive. Yet, as we get older, many are alone more often, and this leaves them vulnerable to social isolation and loneliness. This isolation also leaves seniors more susceptible to health-related problems such as high blood pressure, obesity, a weakened immune system, cognitive decline, depression, and heart disease. [1]

Social isolation and loneliness do not always go together. About 28 percent of older adults in the United States, or 13.8 million people, live alone, according to a report from the U.S. Department of Health and Human Services, but many of them are not lonely. [2] At the same time, some people feel lonely despite being surrounded by family and friends.

The groundbreaking research of John T. Cacioppo, Ph.D., former director of the Center for Cognitive and Social Neuroscience at the University of Chicago, found that being alone and loneliness are different but related. [3] Social isolation is the objective physical separation from other people (living alone), while loneliness is the subjective distressed feeling of being alone or separated. It’s possible to feel lonely while among other people, and you can be alone yet not feel lonely. [4]

People who find themselves unexpectedly alone due to the death of a spouse or partner, separation from friends or family, retirement, loss of mobility, and lack of transportation are at particular risk.

Conversely, people who engage in meaningful, productive activities with others tend to live longer, boost their mood, and have a sense of purpose. These activities seem to help maintain their well-being and may improve their cognitive function. [5] Pet Ownership and Effect on Mental Health in Seniors

Is Sitting Too Much Bad for Your Brain? 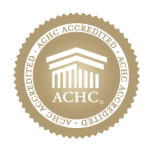